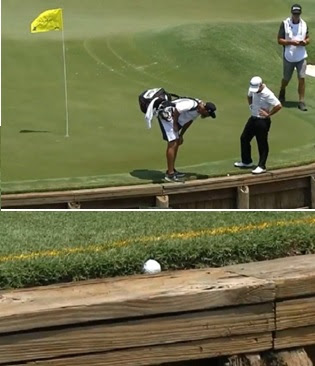 There is also a Club membership (US $599 p.a.), which should be a ‘must join’ to ease the burden for all Club secretaries / managers.

For more information on either membership click on one of the following links (all that is required is your name, email, address and golf club), or you can email Brian direct at, bno@golfrules.com.

The above content is strictly copyright to Barry Rhodes © 2018 and may not be copied without permission.
0
Share FacebookTwitterLinkedinEmailPrint

BARRY’S BLOG: Word and Phrase Changes in the New Rules.

Birdie to Matt Wallace despite his ball having struck a power line!

Modifications to the Rules of Golf during the corona crisis

Rules Quiz September 2019 I: About stakes.

Birdie to Matt Wallace despite his ball having struck a…

PODCAST: The 10 most wacky Local Rules